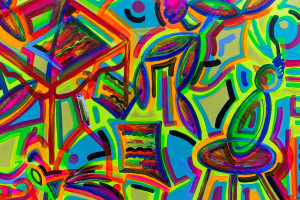 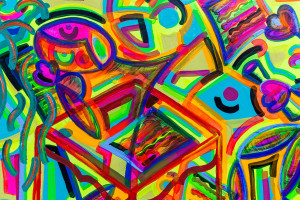 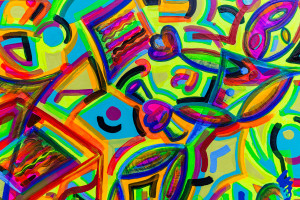 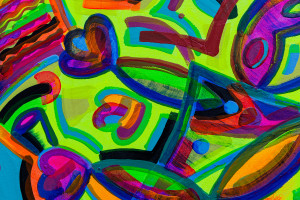 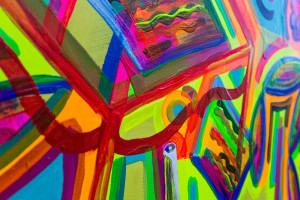 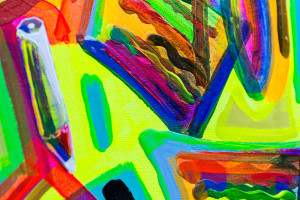 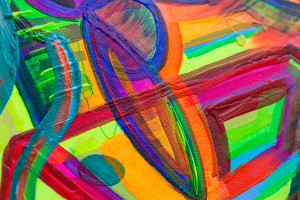 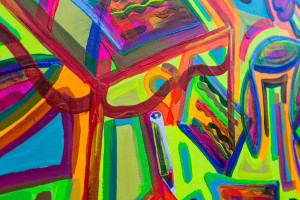 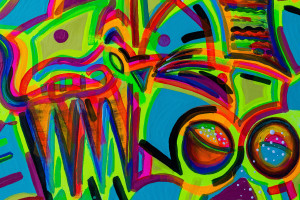 In this painting Cesare Catania immortalizes a poet from the ’20s. The woman boringly yawns in front of her writings while her assistant runs to her hoping to light up her inspiration again.
The scene is full of dynamism and movement by the main characters as well as all that surrounds them. In the meantime the cat, that has just stepped off a ladder, is playing with a cut pomegranate spreading the seeds everywhere. A bird on a stool is watching the scene. In the symbolism of the Artist, as it often happens, the bird is the personification of himself.